Daniel Adekanle, Leah Glenday and Matthew Mortimer were up against students from three other schools as they were tasked with the job of investing a £3m hedge fund on behalf of Goldman Sachs.

They built an impressive portfolio by investing the imaginary money in shares of ten large mainstream US companies such as Apple, Amazon, Google, Facebook, MasterCard and an American Conglomerate, Berkshire Hathaway, making a profit for their client of over £18m over a four-year period.

Their knowledge, research and working together as a team earned the first prize of £100 in Amazon vouchers. 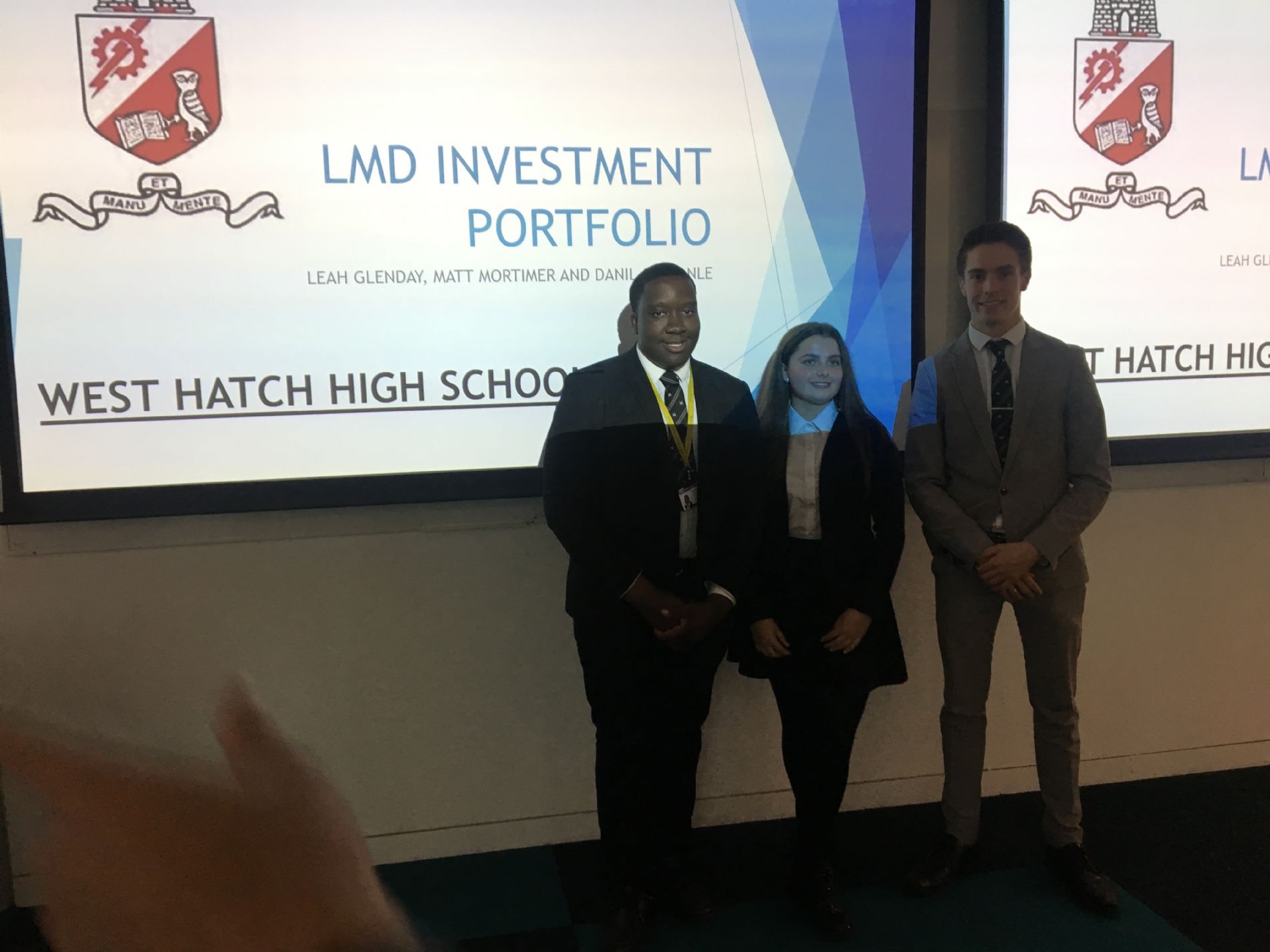