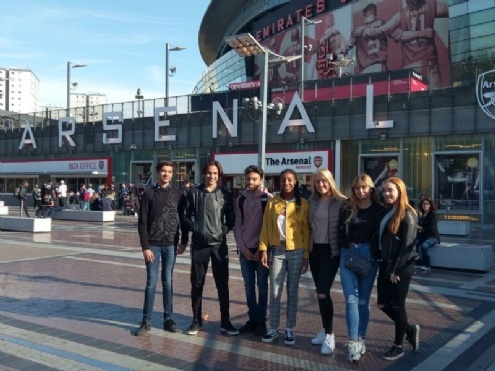 The event provided students with the opportunity to find out about both university and apprenticeship options after Year 13.

The venue was split into sections with plenty of exhibitors.

Students could participate in a range of seminars, and there was also a STEM Centre and Creative Hub where they could take part in interactive activities and receive one-on-one advice.

Feedback from the students was positive with many agreeing it made them think about university and apprenticeships as potential options after Year 13.

The school's careers leader, Geoff Towsey, said: "Traditionally we would attend a UCAS fair but with the increased interest in higher and degree apprenticeships we thought an event such as this would appeal to all our students rather than just those considering university as an option."

West Hatch Sixth Form has a long history of supporting students into both university and apprenticeships with guidance provided by a full-time UCAS Advisor and Careers Advisor.

In 2018, 53 per cent of students progressed onto university or further studies, 18 per cent onto apprenticeships and 27 per cent into employment; with the remaining 2 per cent taking a Gap Year.