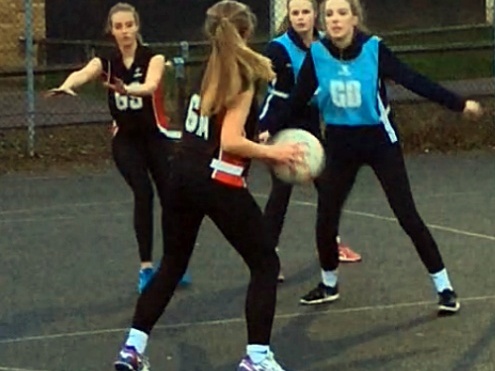 West Hatch High School's Under-19s netball team are through to the semi-finals of the Essex Cup after wins against Brentwood (28-14) and King John School (23-22).

West Hatch High School's Under-19s netball team are through to the semi-finals of the Essex Cup after wins against Brentwood (28-14) and King John School (23-22).

The victories ensure a last four spot for the girls with a game in hand, against Robert Clack School on Monday, February 6.

Ellie Wilkinson was Player of the Match in the Brentwood match for her "superb skills both within defence and attack".

Head of PE and Sixth Form coach Mrs Coralie Reid said: “This is certainly the most talented team I have had in the Sixth Form and I am looking forward to seeing how far we can go over the next two years."

Meanwhile West Hatch High School's Under-14 netball team have reached the quarter-finals of the Essex Cup after a gripping game against Colchester County High School.

Player of the Match was Jodie Verghese who scored the winner in the final seconds to seal victory 19-18.

The school will now play Belfairs or Stanway in the last eight.

Coach and Head of PE Coralie Reid said: “The most impressive thing about this team is that although it is an Under-14 team it only has one Year 9 player, the rest are from Year 8.

"The netball talent at the school, combined with the outstanding effort the girls put in, is really something that West Hatch should be proud of."