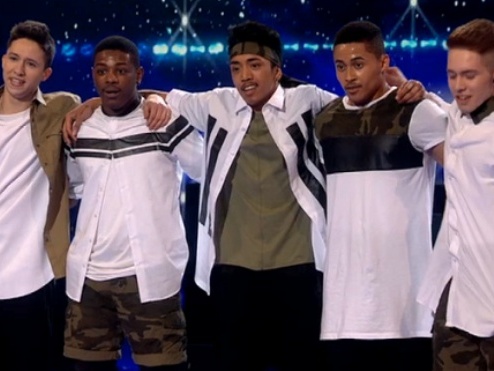 The five-member group went straight into the live semi-finals when presenters Ant and Dec chose them as their Golden Buzzer act.

In the semi-final they lost out on the judges vote but were then given a wildcard into last night's (Sunday) final, by the judges.

They finished in 12th place.

Michael, 18, is studying BA (Hons) in professional dance and musical theatre at The Bird College of Dance.

Michael performed last summer with Boyband on Sky One's ‘Got to Dance’ programme when they made it to the live finals.

Michael studied A-Level Dance and Performing Arts at West Hatch High School and performed in all of the school’s dance shows.

Michael achieved an A* in A-Level Dance.

His dance teacher at West Hatch, Rachael Minister, said: "I am so incredibly proud of his achievement. To get to the live final of the biggest talent show is incredible.

"His final performance was breath-taking and demonstrated his pure strength and outstanding dance talent.

"He has done his family and friends proud."